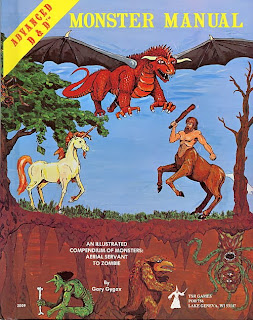 Over a year ago I was in the local gaming store with my son. He had some money he was looking to spend and I was just wandering around while he looked for something to buy. We had been in the store many times and all the games, RPGs, books, comics, miniatures, etc, were all interesting to us. I had not engaged in gaming beyond video games since I was in my late teens. It was just something I was no longer into. Everything I saw on the shelves of the store intrigued me but I just had no inkling of what to buy, who I'd play it with, or where to begin. My son did not suffer from the troubled anxieties I had. he saw some Heroclix miniatures and despite having no idea what the game was or how to play he gathered a few of them up to buy with his money. While he was doing this I decided I too was curious about everything in the store and I wanted to take the plunge and find something to get. Then it happend. I saw the big Dungeons & Dragons display. It had been more than  20 years since I even looked at a D&D book but there on the shelves were a ton of handbooks, rulebooks, modules, comics, cards, dice, and more. I took one off the shelf and thumbed through it. Holy crap, I thought. This looks even more complicated than I remember. I skipped getting anything that day but the seed was planted in my mind. I was already familiar with D&D from childhood and I wanted to explore it again. There was so much to look at and so many books so I figured I'd wait. My son bought a few Heroclix and started his collection that day. He now knows how to play Heroclix well, and often goes to competitions on the weekends.

For a while I forgot about D&D but as the world has a way of reminding you where you need to be headed I encountered some synchronicity a few weeks later. I was out and about doing chores and I hit a few local garage sales. Usually I find nothing but there at this one house sitting on a table filled with typical utensils and housewears was the Advanced Dungeons & Dragons Monster Manual. This was the real McCoy–the actual book I used to own from back in the day, way back in the 1980s. For a mere 25¢ I walked away with a piece of history. Once home I skimmed through the old worn book looking at the pen and ink art that made real the imaginary monsters that a Dungeon Master could use to populate a dungeon or adventure. That was it. I was hooked. I remembered looking at the books at the gaming store a few week prior and decided I wanted to get a new set of rulebooks of the current edition of D&D. Rather then go back to the gaming store, which I found a bit intimidating, I went to the local Barnes and Noble. B&N could care less how long you stood around and looked at their books and there I could take my time, read, and decide from what I saw what I felt I should buy. After about a 1/2 an hour I walked out with the 3 core rulebooks and a module or two. I made my way over to the gaming store and grabbed a few sets of dice and that was that. I found the books quite complicated and having never truly played the game properly as a kid I had a lot of reading to do. I enjoyed every second of it and even wrote down the basic rules myself, explained more simply than the complex books. This became the beginning of my research into gaming, testing different games at home, writing about games, coming up with my own home brew games, and even trying to get freelance work at gaming companies. As well, gaming and it's many sourcebooks has been a constant inspiration for my own fiction writing.

Eventually My son and I started going to D&D Encounters every Wednesday. My son and I both need to go in order to help us better learn the game. As well, we needed to play with a sizable group, but that will be the subject of my next entry. 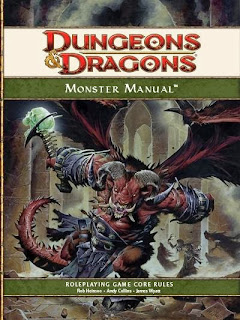 Posted by Adam Furgang at Thursday, January 31, 2013 No comments: 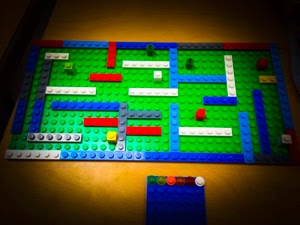 Posted by Adam Furgang at Tuesday, January 29, 2013 No comments: