So it turns out the fringe cult film that helped define my 14+ onward youth is now getting the recognition it deserves. I can't help but think, too, of A Clockwork Orange, which I also discovered as a kid and worshipped as well. As I grew older and acquired some semblance of a brain, I realized that there was more going on in both films than just apathetic youth stumbling around causing truble.

Repo Man was, first and foremost, completely hilarious. Its irreverence for everything and everyone, particularly authority, was what drew me to it in the first place. When I watch the film I am reminded of going out skating in the parking lot of a dry cleaners after hours, as well as aimlessly roaming around with my friends. Aimlessly. That pretty much sums it up. I may not have been able to put my finger on what it was about the film back then that made it great, but complex, pseudo-intellectual explanations were not high on my list as a kid. It was just a "great film" or "funny as hell" and above all, extremely quotable. Quoting films has pretty much caught on as a sort of sub-language now within our culture. Back then, well, spouting off quotes from a film my parents had no idea existed was almost like speaking a secret code.

Many of the films from back when I was a teen faded. Crap like Commando and Die Hard, that I thought were "the best films ever made," kinda seem like dog shit now, and aside from the nostalgia factor, hold little substance. Not so with Repo Man. It's not even bad-good—like some of my youthful sinful pleasure films are. Films I still personally enjoy, like Time Rider (also produced by Michale Nesmith) and Vision Quest (dont judge me), dont stand out as particularly important in the history of cinema. I doubt they'll even garner a blurb in future film books. Not so with Repo Man. The film has stood the test of time, and exposes—kinda—sociological trends of the time in a not-so-obvious way. It's wacky, zany, science fiction sub-story seems utterly ridiculous, but it turns out we have become an extremely ultra, consumer-driven, paranoid society today. Looking back, Repo Man is clearly shedding a light from out of a Chevy Malibu trunk on this. Miller's rant about UFOs, time machines, Myans, plates of shrimp, and more, holds some possible truths about coincidences—perhaps being more than random—as well as the significance of contemporary paranoia, and wraps it all up in one well-acted, poetic verse. Turns out, after watching the commentary, Cox just wrote that monologue up to have something for auditioning actors to read. It seems even more important after hearing that. Yes, it's true! Everything brilliant is not always mulled over and rewritten 1,000 times. Sometimes, great stuff just pours out of people.

The Blu-ray Criterion has just released, is pretty much the finest work they have done to date. The phone pole neon green & ink flier art is exquisite, and nails the punk rock aesthetic from the film and the 80s. I only wish it came with a few posters of the art for me to hang on my bedroom wall just like when I was a kid.

Aside from a beautiful transfer of the film, there is also a crazy trove of information. A wacky commentary with Cox and others, as well as interviews with Iggy Pop, Micheal Nesmith, and even Sam Cohen, the actual inventor of the neutron bomb! Cox sits and shows him some deleted scenes from the film and asks him what he thinks. Classic! Also trailers and the complete version of the edited for-TV-cut of the film.

Even the sides of this Blu-ray are amazing. Every square inch. Grab this off Amazon now. Call your friends over and stop acting like you've got something better to do than watch T.V. and have a couple of brews.

Miniatures, minis, and more minis! Minis minis everywhere! Wow. OK. So I have spent so much time painting mini figures lately that I injured a tendon in my left hand. I'm right-handed, so all I can figure is that holding the minis in the same position in my left had for so long cramped, stretched, or somehow injured my left thumb. No joke, this kills. It hurts mostly at night. Enough bitching and moaning. I'm fine. Onward.

So I have been at the Blade Runner mini game for a while now. Arkham Horror minis are the best series so far for buying cheap minifigs that can be used right out of the box. Or you can just paint 'em a little and they are ready to go. In addition to the main film characters, I want to populate this homebrewed game with new Balde Runner universe-style players and bad guys.

Here are a few of the figures I've custom painted to create new playable characters for this game. Knox is another playable Blade Runner similar to Deckard. This was just an Arkham Horror figure ever so slightly repainted. The next new character I came up with was Rocket. I was trying to think of a friend Deckard might have, and when I spotted one of my son's Heroclix minis I came up with this teen or 20-something tech nicknamed Rocket. No one knows his real name. He lives on the street, has some friends who also exist on the streets, but he's close to Deckard. Maybe they have a pseudo father-son thing going. This is still a work in progress. I wanted some playable badass female characters and after searching online I found two Star Wars minis that fit what I had in mind perfectly. Xoe (pronounced Oh-E) and Vala are a two-person female Balde Runner unit. I came up with the characters as a pair but there's no reason a PC could not play one alone in an adventure. I snapped the Star Wars minis they came from to show how I altered them. They're all black with a red line indicating their BR status. I'm not sure I'll ever be running a home game with more then about five or six people playing, so beyond these four and Deckard I think for now I have enough playable characters. I might make a few more just to give players a choice.

So after making a few PC minis I'm going to need some decent bad guys. I'm thinking thugs, a replicant who hunts Blade Runners for sport, a neutral bounty hunter, bad police, etc. Over at Hasslefree Miniatures I found a few good figures that might be painted nicely to help populate this game.

In my search I came across a great Rick Deckard figure. By this time I'd already made two custom ones, but this one was such a dead-on copy I had to get it. The figure is from Aberrant Games Rezolution series. The figures come listed as two CSO Rangers. One is a dead-on Rick Deckard. The other is a not so dead-on, rather R. Crumb-looking Rachel. They come together, so if you want one you get 'em both. I ordered two sets in case I screwed up one. I did fine, but I'll probably paint the extra eventually. I need to go through the site more to see if I can find any more possible Blade Runner copies or ones I might use as add-ons to the game.

The next great miniatures site I found was Hasslefree Minis. Here you will find quite a few "unofficial official" minifigures. The Scooby Doo crew, Snake Plissken, Terminator, a stubby looking Mad Max, John McClane from Die Hard, and more are all there. None of them are listed with their actual name because they're "unofficial." You just need to search and discover what they have.

Here are a few of the minis I found on the web and in stores. The first image is of the two Rezolution figures, Deckard and Rachel. The second image shows the unpainted metal Deckard figure. The third figure is Deckard after I painted him. The next row shows a stylish-looking woman in a dress. I ordered her from Hasslefree Minis because I felt she was another perfect female figure in the style of Rachel. She could be a playable or non-playable character. The next mini is a tough guy with his hands in his pockets. He also was from Hasslefree Minis. He will likely be a bad guy. The next mini also from Hasslefree Minis is some kid with a funny hat and a gun. I wanted some thugs, and a group of future kid punks is perfect. I ordered all these and another kid with a gas mask on. Perfect for the smoggy future of Blade Runner.

The last row are a few Heroclix I bought and altered and painted. The first is Gordon from Batman. He became a Deckard. Getting off the glasses and face hair did not go perfectly. To the naked eye, the minis look better then in the photos. The flaws are not as easily seen in-hand as in a blown-up photo. The next cowboy from Jonah Hex became Roy with a trench coat. After cutting off quite a bit on him it came out decent. See picture below for the finals on some of these. The last one is going to be Zorah. I still need to paint her and add her to a base.

Once all the mini creation is over, I'll get back to making prefab character cards for the playable characters. Then I'll be making stat cards for all the non-playable characters and bad guys. After that I'll need to write up an adventure to run friends through. This project has been very fun and as I search I find others who have searched as I am for Blade Runner minis and/or games. There are a few BR-style games out there, but I'm just going to use basic D20 rules and make my own. It's not going to be a super-complex game, but getting there is half the fun. 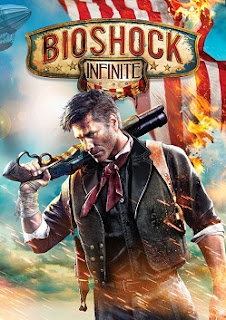