In Defense of Star Wars: The Force Awakens

Some tiny spoilers. Nothing major.

With the new release of the latest Star Wars film and its incredible popularity, the usual cast of critics, haters, and detractors have come out of their hiding spots to squawk about everything that is wrong with the film. Cynicism and criticism of everything today has become so commonplace that people barely take notice when something fun gets ripped to sherds. Star Wars is fun.

We all know the story, so I'm not going to rehash it all here. And yes, the prequels were not what the original trilogy was. The funny thing is that The Force Awakens very consciously hit a few familiar themes that the prequels were lacking, in hopes of giving the fans what they were clamoring for. And no, The Force Awakens is not a remake of A New Hope. The film had a few plot line echoes and character parallels to ring familiar notes. Overall, the story, the characters, the scenarios, the way the entire film played out, was entirely fresh and new. Don't bother to beg to differ. No one cares about your humble negative opinion.

All of this is nonsense, though. If you do not like The Force Awakens because you think it has plot holes or too many similarities to A New Hope, then you have little business watching fantasy films. Period. (Obviously I'm joking.) People who enjoy Star Wars movies usually like The Wizard of Oz, The Lord of the Rings, Godzilla, Alice in Wonderland, The Goonies, ET, and many Disney films. We love B movies. We like animation. We like anime. We love to read novels that take us through wardrobes and into magical landscapes. We like make-believe. We cosplay. We role play—it's a bit like putting on a sports jersey. We like Dungeons and Dragons and roleplaying games. We like to pretend, even as full-grown adults, that we are not the people we actually are, but are sometimes, perhaps, a space pirate, or a princess—or even a Wookiee. We like to create things. We draw. We paint. We write. We sculpt. We photograph. We film. We invent. We build. We fix. We make. We imagine. We look for the positive in situations, not the negative. We don't like ripping things apart. I'd argue that no critic of a film has ever swayed someone who loved it to suddenly see their point of view and decide to hate it.

And you are under no obligation to like Star Wars. Just don't drive over to my house just to tell me you hated it. Or for that matter post on my social media wall that you hated it and why. No one cares.

Everyone on the planet who did not like Star Wars should go take some kids to see it. See what they say about it. Look at them while the film is playing. See the wonder in them. The excitement.  Stop looking for plot holes and revisit the holes in yourself. Because if you did not like Star Wars but are still compelled to say negative things about it to people who loved it, then you are a negative person and you should move to a galaxy far far away. 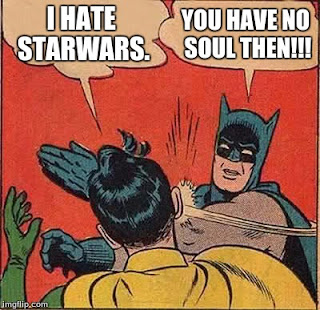 Posted by Adam Furgang at Monday, December 28, 2015 No comments:

I'm very happy to reveal the amazing cover art for my upcoming novel, Braxton Woods Mystique. Robyn Diaz is the wonderful artist responsible for taking my wacky ideas and realizing them beyond my wildest expectations. Please check out more of her beautiful work over at her website. 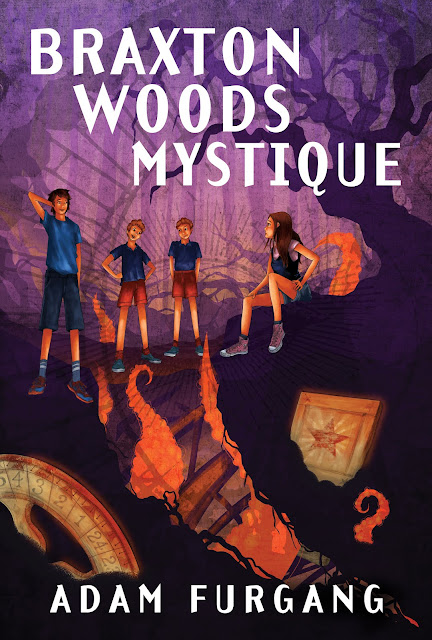 Here is a brief description of the book from my literary agency, Trident Media Group:

Adam Furgang's BRAXTON WOODS MYSTIQUE, following the tradition of THE MYSTERIOUS BENEDICT SOCIETY and FROM THE MIXED-UP FILES OF MRS. BASIL E. FRANKWEILER, in which two kids discover a buried and long-forgotten carnival, containing a mysterious and otherworldly carnival attraction of a portal to another dimension with eerie and deformed creatures—now they must journey underground to rescue their friends, face their darkest fears and confront the unknown (Ravenswood Publishing, 2016)
Posted by Adam Furgang at Sunday, December 20, 2015 No comments: