Is Gaming A Winter Sport?

It took a while, but I slowly learned that I am not a winter person. I grew up in NYC, where, although winters were cold, big snowstorms were rare and usually melted quickly. Spring came in March too, not at the end of May. I think not caring or noticing winter so much when I was younger also has a lot to do with the fact that kids are just crazy awesome and rarely care about the things that adults concern themselves with. After all, winter for me as a kid meant holiday gifts and any snowstorm meant that I had a quick easy way to make some pocket cash by shoveling snow. 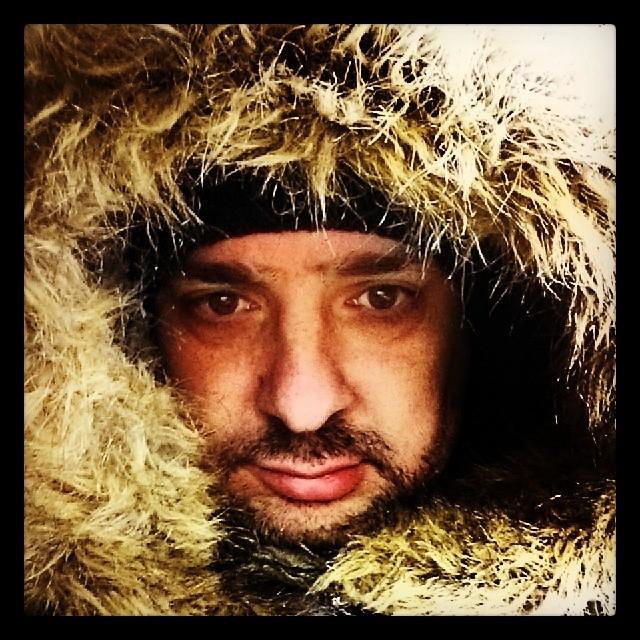 Now as an adult, winters just flat out suck. My moving further north and working from home has not helped. Sure cost of living in upstate NY is way better than in hipster central NYC, but after 10 years up here winters just seem to get harder and harder. The few times the sun would poke out mid day I would find myself standing in the doorway shirtless and trying to soak in some rays like Superman trying to recharge my battery.

Each winter, gaming and RPGs have more than helped to get me from November to April. Each and every year I have so much fun gaming I swear I'll not slow down once it warms up. Then, like clockwork, as soon as it warms up my gaming slows, my blog posts wain, and I'm outside doing landscaping, taking walks, wandering around, skating, and camping. Dinner on the back deck, outdoor movie nights, and hanging in our shed all become part of the daily routines when the weather warms up. 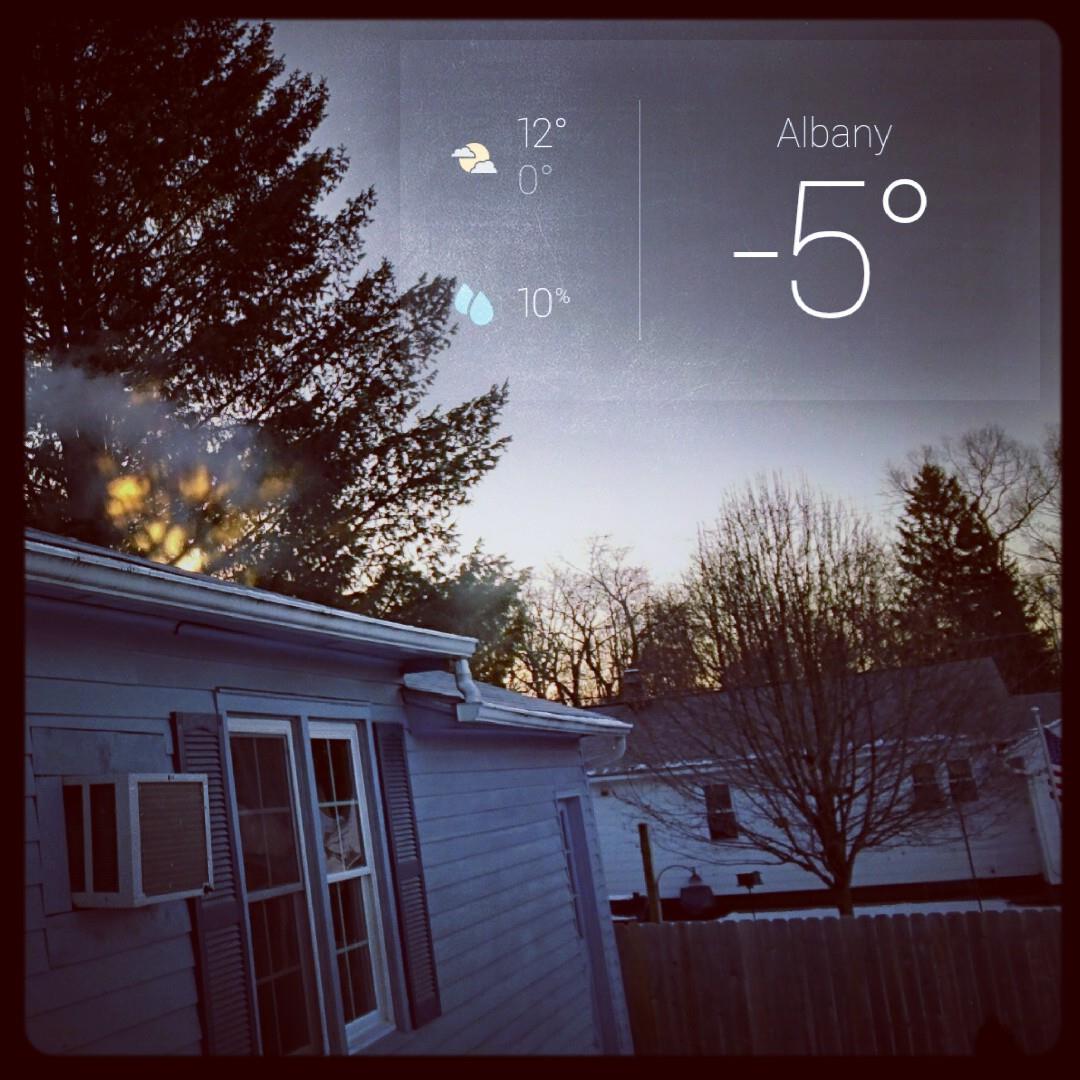 I did not game for decades between childhood and adulthood. In many ways the winters up here likely led in some way to me getting back into gaming. I do not do winter sports. I do not watch professional sports. And even though I love watching films, something else was needed to fill the downtime when going outdoors for anything other than necessities is just not something I want to do. Even playing in fresh snow with the kids lasts for an hour or two tops and the prep time and cleanup doubles that time. It's not pretty. At one point I was in the house for so many days without going anywhere that when I did finally get in my car to drive to a dental appointment my cars battery was dead. Five to seven days of no use in sub-zero weather made the car unable to start.

I did not game every second this winter, but I was focused on it a lot. I posted a lot here, too. I went to D&D Encounters—actually leaving the house to game at a local store once a week. I also read and read and read. I read rule books, adventures, and just soaked in lots of game-centric stuff all winter. I painted minis and worked on my Land of the Lost miniatures. The year before it was Blade Runner miniatures. These things kept me from going nuts. Kept the cabin fever at bay. 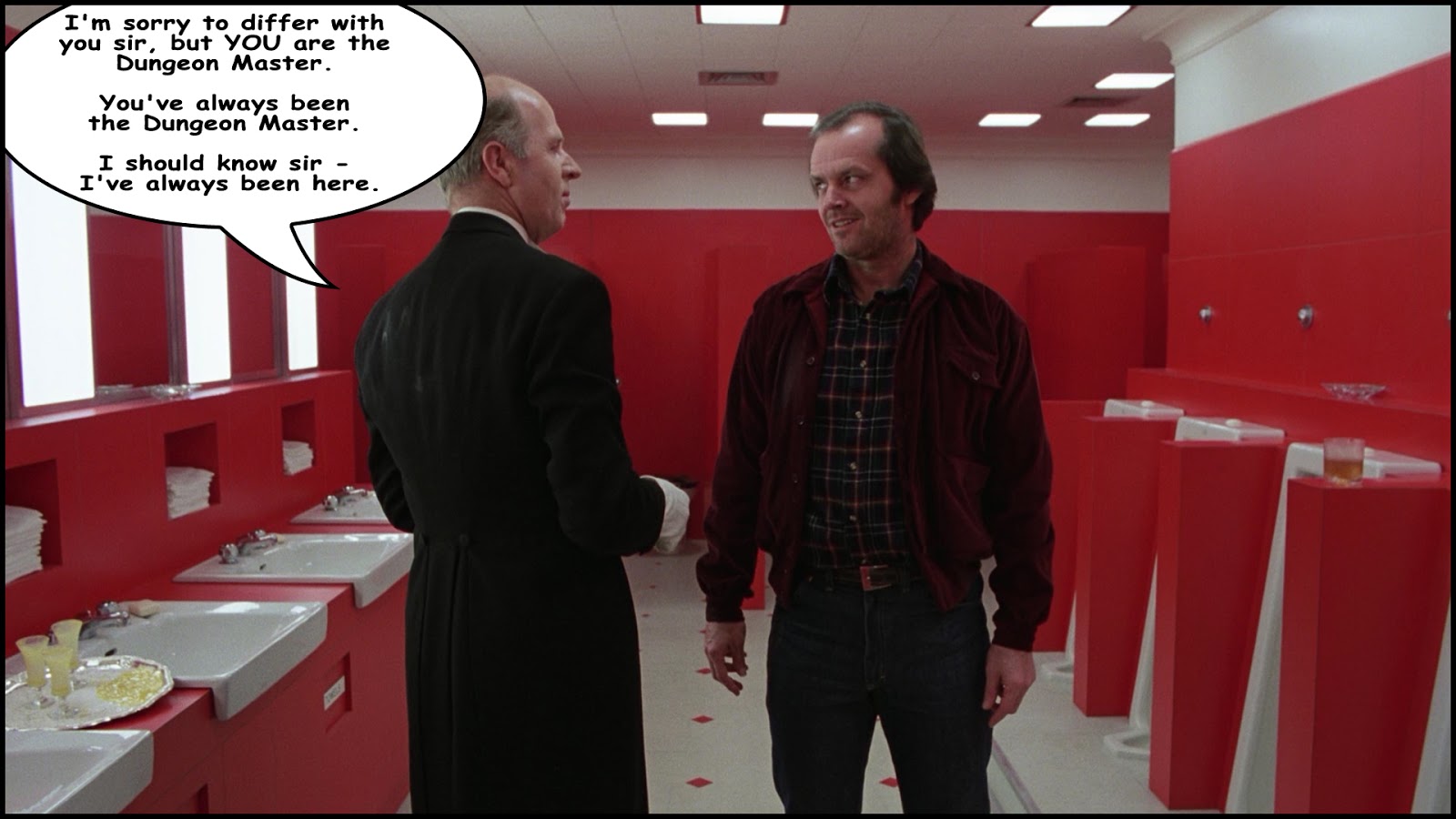 I hope this spring/summer/fall will be different. I hope I can stick with some level of momentum. Surely I will not be going strong like I did when going outside in -5° was madness. I'm going to make an effort. I'd like to do some gaming with the kids on the back deck. Maybe short games in tents while camping after the sun sets. Something.

I'll document what I do. I'll post when I can.

D&D Next, launching this July and August, should help. I'm also going to continue to attend D&D Encounters for the next session too.

If and when I ever move to a warm climate—it will happen one day—I'll hopefully achieve some happy medium between the feast or famine gaming extremes the ultra cold winters up here have elicited from me.

The people over at Dubious Alliance were nice enough to send me a preview review deck to examine, fondle, shuffle, and play. Kudos to them for a job well done! 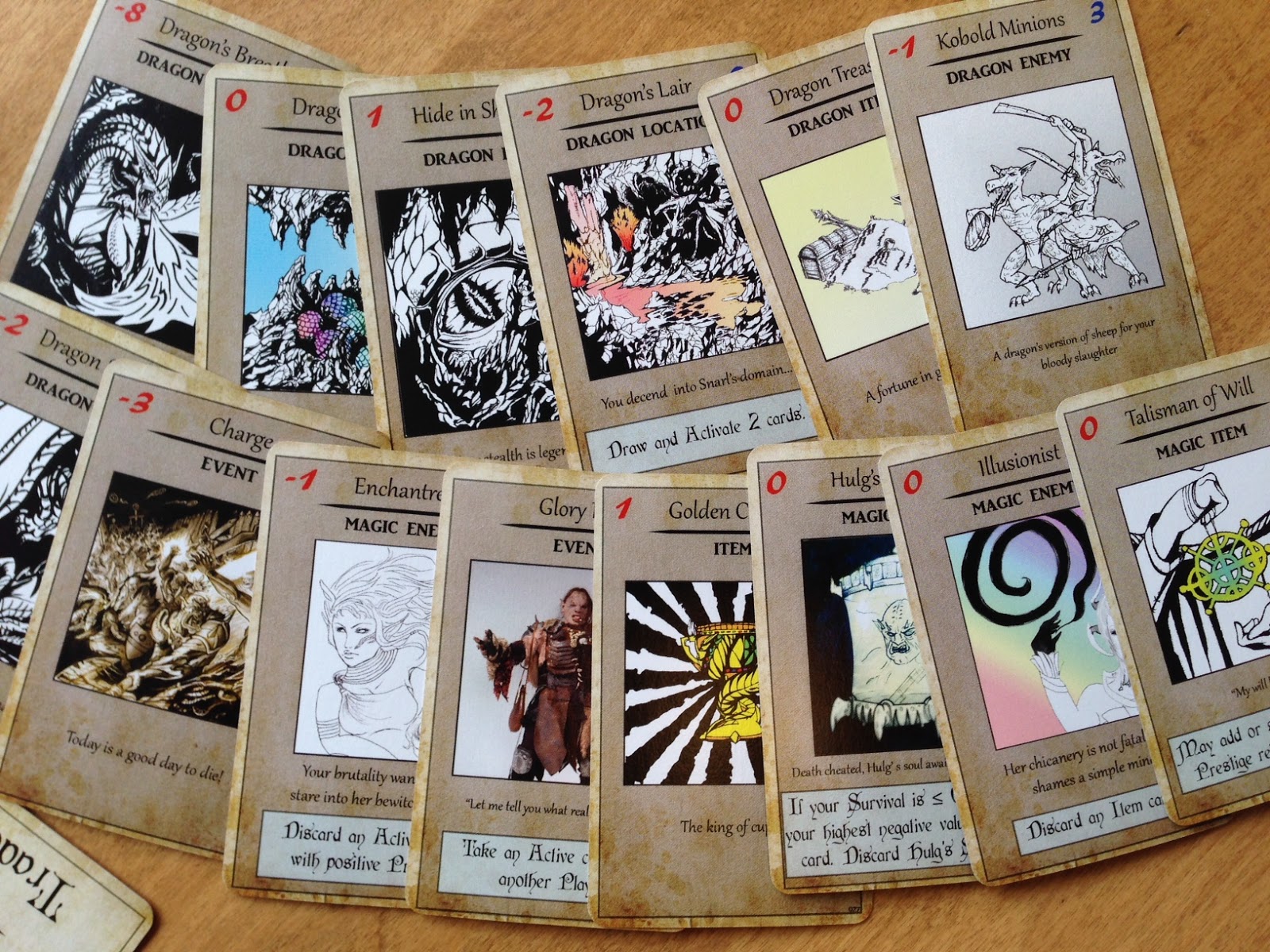 The first thing I noticed was the old school-style art mixed with new-style gameplay. This is a nice contrast, as many of us long for the look and feel of RPGs from our youth. Over-slicked computer-made art is beginning to wear very thin and has become so ubiquitous that even high-quality work gets lost in a sea of ultra-slick art. This art stands out.

Although this is a card game, it does play out in a semi-cooperative, RPG style. The name "Dubious Alliance" is appropriate since you play as a band of Orcs working together yet individually vying within the group to trick, bluff, or otherwise achieve the ultimate level of one-upmanship on your "team." You need to be careful, though, because if one orc dies everyone loses. A player wins when more prestige points are earned than indicated on the player's card. The game has a home-brewed simplicity to it, and that is a definite plus. Each card has interesting art and simple-to-follow info. It's not too complicated. It's not too simple. It can be played in less than an hour. And it's flexible because it can be played with 3 to 7 players. While I've only played with 3 players so far, I can imagine it would be even more fun to play with a band of 7 back-stabbing orcs.


Smartly, the creators of  Dubious Alliance have made a very simple and easy-to-follow video here. Check it out. Game companies with far more resources should take note as to how an easy-to-follow, well-explained video can do wonders for helping game play get started quickly. I tend to learn by doing instead of reading, so a video is the next best thing to having a skilled player sit down and explain the game to me.

The Kickstarter campaign for Dubious Alliance launches on May 25th. Mark your calendar so you can become part of this fun game that was surely created with much TLC. I'll post a link and an update once it launches. 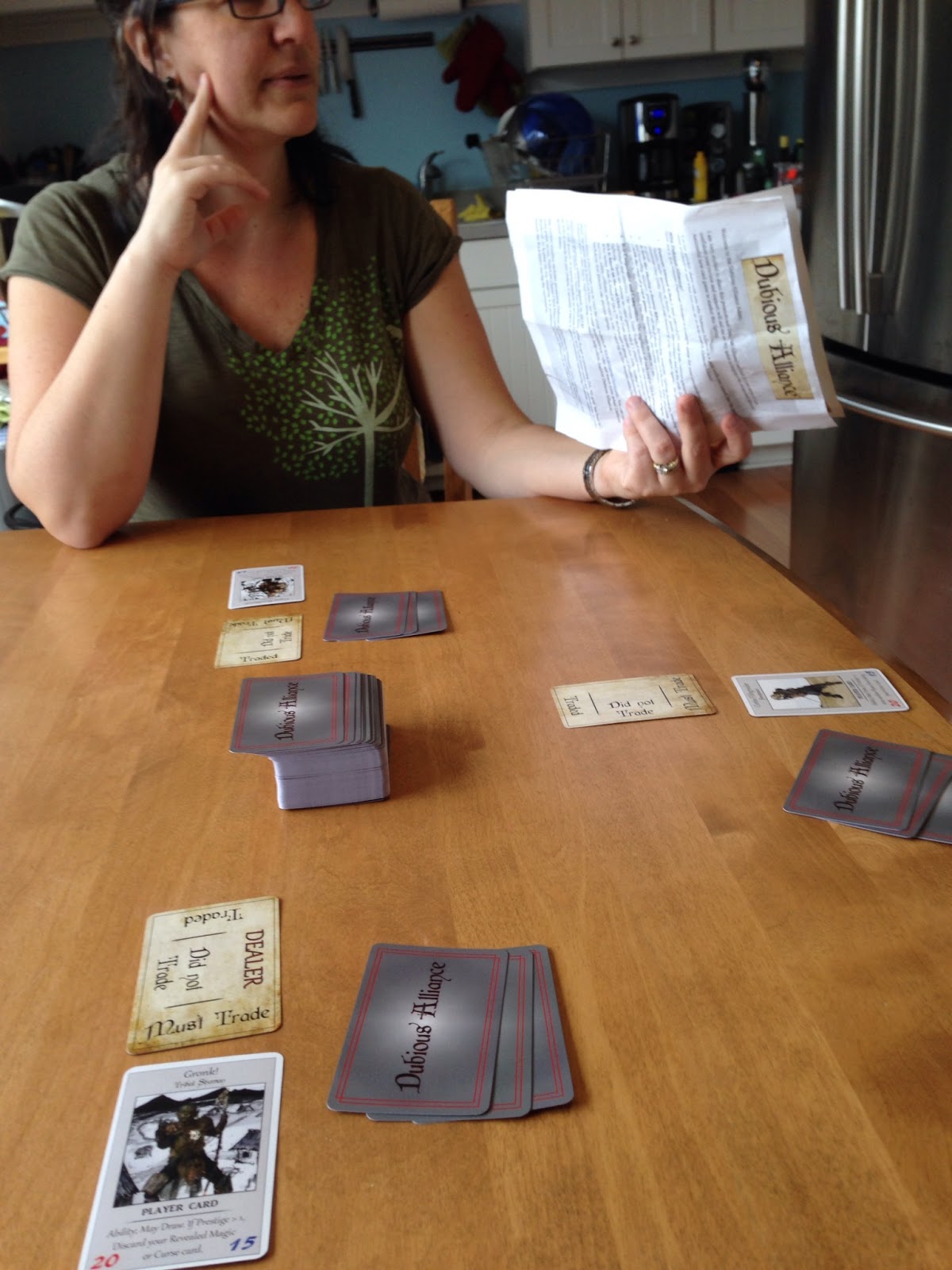