This is an open letter to Epic Games that I hope they will read.

More and more, middle of the night Epic Games Fortnite Updates have my 11 year old son asking if he can "not go to bed at all tonight" or "get up at 4am to install a new Fortnite update." This most recent request came to me yesterday at around 7:30 on a Wednesday evening—a school night.

Now my wife and I run a very lenient and progressive home here. Our older son is almost 18 and we've been through it all once before already. We allowed full unfettered access to computers, gaming systems, films and TV before they could even talk. So far the experiment has gone quite well. Both boys are healthy, have progressed well in school, with good grades, no behavioral issues, and no apparent mental or physical abnormalities. It seems being allowed to watch R rated films from the time they were 4, playing video games continually, and a near endless supply of LEGOs have resulted in no ill effects on our children so far. See, we're cool parents. Still, every generation of parents eventually encounters something their kids do that is outer limits to them. The middle of the night Fortnite updates are beginning to resonate as insane to me. 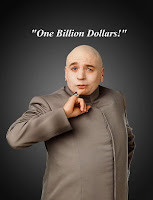 While our older son missed the Fortnite: Battle Royale craze, our younger son was sucked right in. This is not unusual. Every generation of kids has something that possess their young minds. For me it was Star Wars, Dungeons & Dragons and comic books. Contemporary video games, quite obviously, are slightly more tantalizing, especially when once you start the game and put on the headphones, you are transported like Flyn from TRON into an action packed virtual reality party with your friends—all the while as you battle to the death! I get it. We allow it. And overall Fortnite is saving us money on toys and junk that my younger son is mostly not interested in. He is interested in the occasional $25 PlayStation card for adding wacky skins and dances to his Fortnite characters. These virtual upgrades for the game, which is free to download, have already earned Epic Games over a billion dollars. Billion with a B. With that bit of knowledge about Fortnite's success, I think Epic Games can release the Fortnite updates when it's not the middle of the night on a school night. Lack of sleep, everyone knows, is not a good thing for anyone, especially for growing and developing children.

Now I can already hear everyone chiming in to say, "Why don't you just tell your kids to go to bed?"
This is true. But we live in a society, and some—not all—amount of responsibility falls on the content creators to exercise a minimum amount of effort to help out with the youth of America and the rest of the world. Honestly, too, hearing my son ask to "not go to bed all all tonight" or "get up at 4am to install a new Fortnite update" is not what I want to hear, or even want to have to engage in a discussion about. They never released Star Wars at 4am on Wednesday night. If they did I'm sure a heated discussion with my parents would have ensued.

Epic Games knows who is playing Fortnite. They know their audience. So for the love of God, please, release the Fortnite updates on a Friday night, or a Saturday morning or afternoon. Not during the middle of the night smack in the middle of the week.

Now my older son informed me that the updates can happen automatically and that Epic Games does this so their servers will not get overloaded. That was not good enough for my younger son. He wanted to be there to see it happen and play the very second the update was completed. Like I indicated earlier, we are quite lenient here and and he is a good boy so we allowed it, again. This was not the first time this has happened though. And since I now see a pattern developing, and realize these middle of the night updates will happen again in the future, I am hoping Epic Games will read this and take their fan base, and their families, into account when releasing future updates. School on the east coast lets out around three o'clock in the afternoon. Most tween kids go to bed by 10 o'clock. And regarding your servers being overloaded by a zillion young eager Fortnite players, well, I think you can splurge for some upgraded servers that can handle the increased traffic on a Friday night. I know we already donated a few hundred dollars to your pot in exchange for a Sushi chef outfit, wacky dance moves, and many other virtual eye candy extras for Fortnite.